Our second composer study in March will be Wolfgang Amadeus Mozart. Mozart produced a lot of music during his relatively short lifetime, including some of the most beloved operas of all time. He composed his first piece at 5 years of age, impressing his father (who had not realized at that time the full extent of his musical genius).

Our Mozart lap book is pictured below. My favorite part of this lap book is the fold-out with Mozart’s full name. Not a lot of people know all of his names, but you will! I also like the pictures of the members of his family. 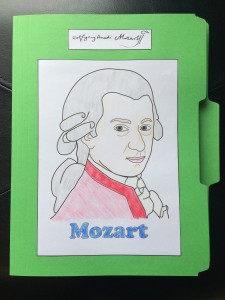 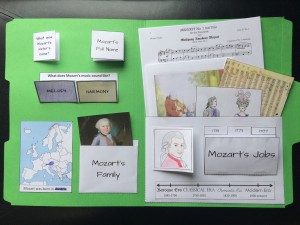 Inside of Mozart Lap Book

Leave me a comment and let me know what your favorite part of the Mozart lap book is!